Despite many efforts to reasonably settle, LL Bean’s Lawyer claims they’ll return nothing to Cape Coral Cart Co. (Utilacart) for their design.   We must stop big business in Burlington from hurting individuals who helped build the very community where LL Bean is establishing a Flagship store.

When 3rd generation Vermonters, Randy and JoAnn Dusharm moved to Florida from Burlington their hometown in November 2006, they started a small company called Cape Coral Cart Co (Utilacart). Randy, being a long time finish carpenter in Burlington area for over 25 years, drew up the design for a beach cart, which he saw a market for not only in Florida but everywhere. Teaming up with his wife, JoAnn, they sold their house – which Randy built – in the south end of Burlington, moved to Florida and began manufacturing beach carts from their home in Cape Coral. They trademarked their logo for Utilacart, which covers the design. They have successfully operated this company independently for 8 years; they have fine tuned their product and distributed all over the globe. Being Vermonters, they delivered a quality product with a Vermont ethos. They Support the Flynn during there on Line Action, The Dimass House, and many similar organizations in Florida. ABC did a segment in 2011 about “Made in America”, where Cape Coral Cart Company was featured.

In 2010, LL Bean bought one of the Utilacarts, and soon contacted them about doing business with them. During the conversation they asked if they would be willing to send it to China, and have it manufactured so that LL Bean could buy it from them at $50.00, and retail it for $99.00. When Utilacart declined due to their business ethics as an American made product, Cape Coral Cart Company counter offered them to buy the design, which they declined also. Instead they took the Utilacart to China and had them make it for them. 4 years later, LL Bean is now selling their version, and invested $40,000 in a line of their own carts. They are so close in design , it difficult to tell the two apart. Their product name is “Gear Hauler Folding Cart.”

When owners of the Utilacart contacted LL Bean, they made them an insultingly low offer to settle. They want to sell their investment and be done with the Cart business, say’s LL Bean’s attorney, with no regard to the damage they are causing with the confusion of the design. It is clear they acknowledge their illegal actions when their attorney called. It is also clear that LL Bean stole Utilacart’s design knowing they are a small company and knowing the legal process would be far too in depth and expensive for them to fight back.

It’s very concerning that LL Bean is moving into Burlington with a flagship store on Church Street. We plan on fighting back with the help of the Burlington community. W are prepared to do everything in our power to inform the public of LL Bean’s actions. Randy and JoAnn were raised in Burlington and raised their children in the unique city of Burlington. LL Bean has demonstrated to this family that big business can do whatever they choose when the price is right. This time they must be held responsible for their actions and rightfully compensate Cape Coral Cart Company fairly. We will not stand for LL Bean in Burlington, and feel strongly this type of business practice has no place in the community. 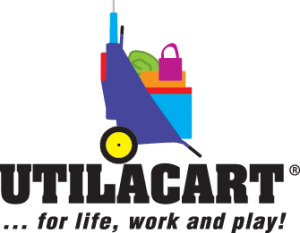